Here's the way it works: Participating authors will post 7 paragraphs, 7 sentences, or 7 words.


Jared King has hard rules and plays hard with the submissives at Club Tabu. Living the high life the way he wants has caused more problems with his family. His kink lifestyle is an embarrassment to the King family name. He refuses to settle down and fall in-line with what his father wants. Then there’s his childhood friend haunting his dreams, but the woman told him she despises him. Deep down, he’d defend her honor and lay down his way of life for her.

Bailey Melchor is a boutique owner and daddy’s little girl, except she wants to succeed on her own, not using his money. She’s had one true love, but she can’t stand him. Their one-time hookup turned into a disaster twelve years ago. They meet again at a friend’s wedding, but after too many glasses of champagne, they wake up in bed together. Not Dallas, but Vegas. 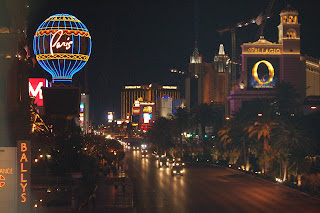 Bailey has awakened the next morning after a friend's wedding in a strange bed, with a strange man she later learns is her childhood crush. He's nonchalant about their interlude, but she's not having none of it. She has a splitting headache and he offers to get something to alleviate the pain despite her objection.

“Don’t argue with me, Little Bee.”


Why does he keep calling me that? Even after all these years? Only Jared called her that endearment. At least she always took it as a show of affection. Now, she wasn’t so sure. Why couldn’t she remember everything? God, her head hurt the more she thought about everything.


The soft padding of his footsteps across the carpet, followed with a door opening helped her relax a little. Without turning her head, she cut her eyes in his direction and caught him walking out of the room, just in time to incredulously peek at the tight muscles of his buttocks flexing as he moved. Did the man have no shame? Here she was grasping a sheet with white knuckles to keep herself pulled together from a night of lord knows what happened. It didn’t help the situation with him flaunting himself around the room naked while she had a splitting headache. What was wrong with this picture?


“Damn, he still looks hot. Six feet of hard muscles stretched tight all over that fine bod and even better than he looked years ago,” she murmured. Oh, this is a big mistake. How did I get here? With him?


“I’ve got to get out of here. That’s all there is to it. Where are my clothes?” She glanced around the room and knelt when she saw the heel to her shoes under the edge of the bed. “Okay, where’s your match?” She crawled a few feet on her hands and knees, abruptly stopping when she found torn condom wrappers. Three of them. Extra-large, glow in the dark? OMG! At least we were safe.


Keeping the sheet around her, pushing the unattached cuff on her wrist out of the way and crawling at the same time wasn’t easy. Thinking about what went with those empty condom packets didn’t help the situation. Didn’t matter though, getting about a yard from the bed she ran into a pair of large bare feet attached to muscular legs.


“You lose something? Or, are you practicing your slave position for me?” Jared’s deep voice with the slightest hint of playfulness raised goose bumps on her skin.

Currently available from Secret Cravings Publishing. Next week on Amazon, BookStrand, ARe, and Barnes & Noble.

Thanks for stopping by, until next time, be naughty my pets . . .