Received the final cover for the first book in the Masters of Tabu series, Master Knight. Each successive book will have the same banner with a change in the icons. This one has the knight chess piece. The woman on the cover is a perfect representation of the heroine, Khari Bradford! The release is in March, but don't have a definite date yet. Until then, here's the tag line and blurb:


Marcus Knight, entrepreneur and CEO of Knight Enterprises, is a Dom with a darker side. After a nasty divorce, he’s sworn off any emotional involvement with any woman. By accident he meets a woman at a party when he travels to New York City for business. She’s too young and inexperienced with his lifestyle. Or so he thinks.
Khari Bradford, small town girl in search of fame and fortune on the Broadway stage. On a chance meeting, she meets an older man who captivates her. Within a short time, she becomes his newest submissive, but wonders how she ended up with him instead of on Broadway.
Will her new aspiration have her lose both dreams, Broadway and her Knight after discovering he has no intentions of staying in New York or with her? Will Marcus return to Dallas and give Khari her dream, but lose the woman who makes his heart sing?

LOG LINE/TAG LINE:
A Princess in search of her Knight in shining armor. 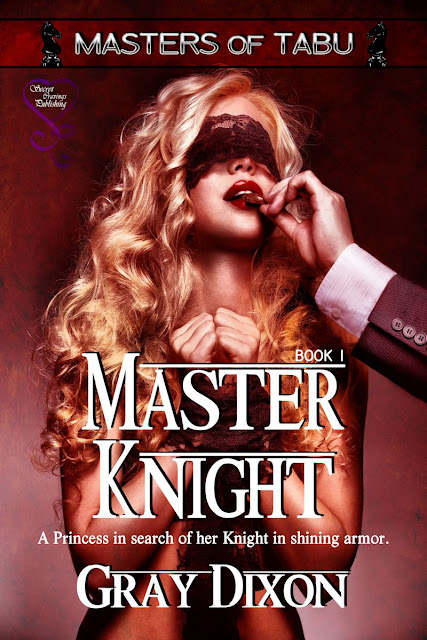