So excited, today is RELEASE DAY for Cristale's Awakening. A couple of weeks ahead of schedule, so last minute promotion is in order. I'll be on a few blogs for the next month promoting her. For this week, you can pick up the novella at Secret Cravings Publishing, http://store.secretcravingspublishing.com/index.php?main_page=book_info&cPath=2&products_id=561. Soon will be available at Amazon, Barnes & Noble, BookStrand and All Romance Ebooks. Until then take a peek at a naughty scene. 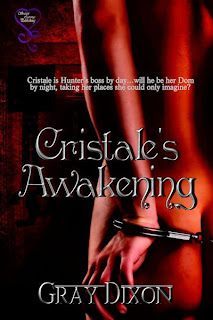